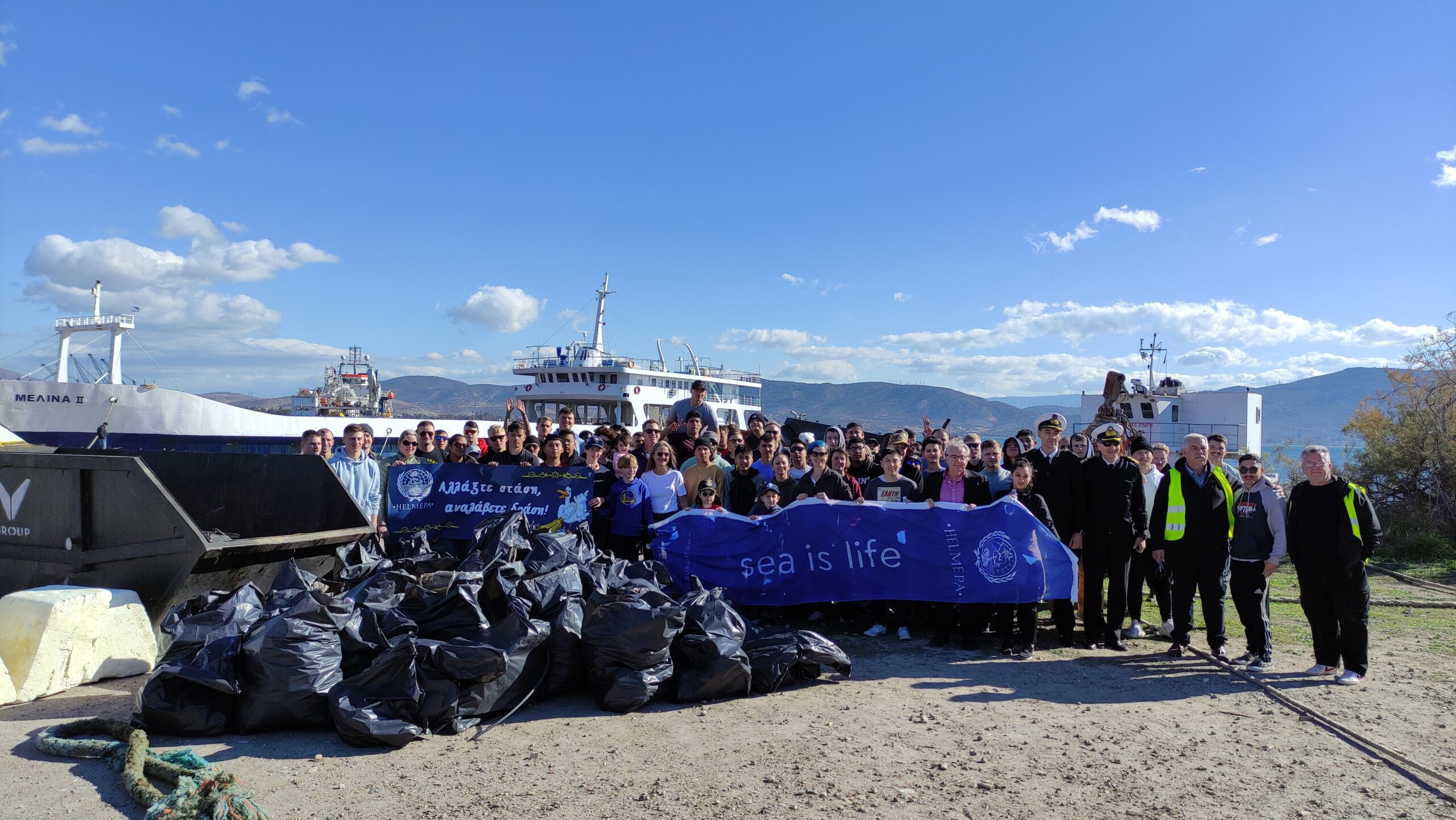 US marines and Embassy officials participated in a coastal cleanup activity in Elefsina on Friday 25 November 2022 coordinated by the Hellenic Marine Environment Protection Association – HELMEPA, the U.S. Embassy in Greece and the Elefsis Port Authority S.A. combining volunteerism with cultural and environmental awareness.

Marking the closing event of HELMEPA’s International Coastal Cleanup campaign in Greece, 80 sailors and marines from the USNS TRENTON (T-EPF 5) anchored off the port of Piraeus alongside Embassy officials, families and staff of the Port Authority cleaned up the Cronos docking area of Elefsina Bay. 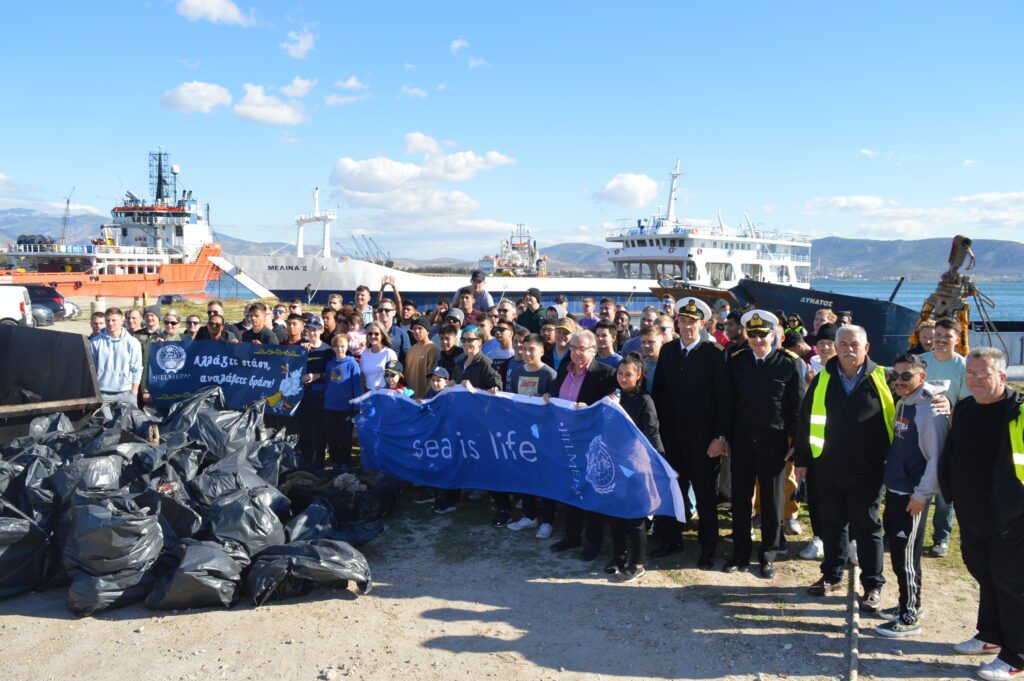 Fifty six (56) bags of marine litter were collected on the day and included litter ranging from, – plastic bottles and other consumer goods to elastic tires and mooring lines.

The cleanup was followed by an enlightening tour of the Ancient Site of Eleusis, led by Mr. Michail Marmarinos, General Artistic Director of Eleusis 2023 European Capital of Culture. 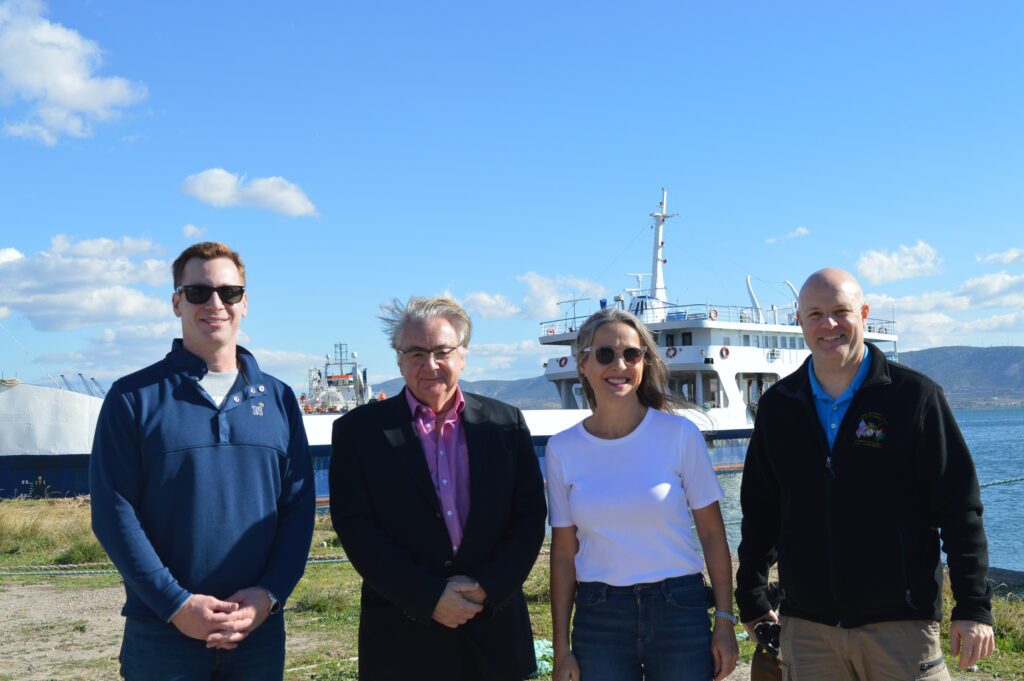 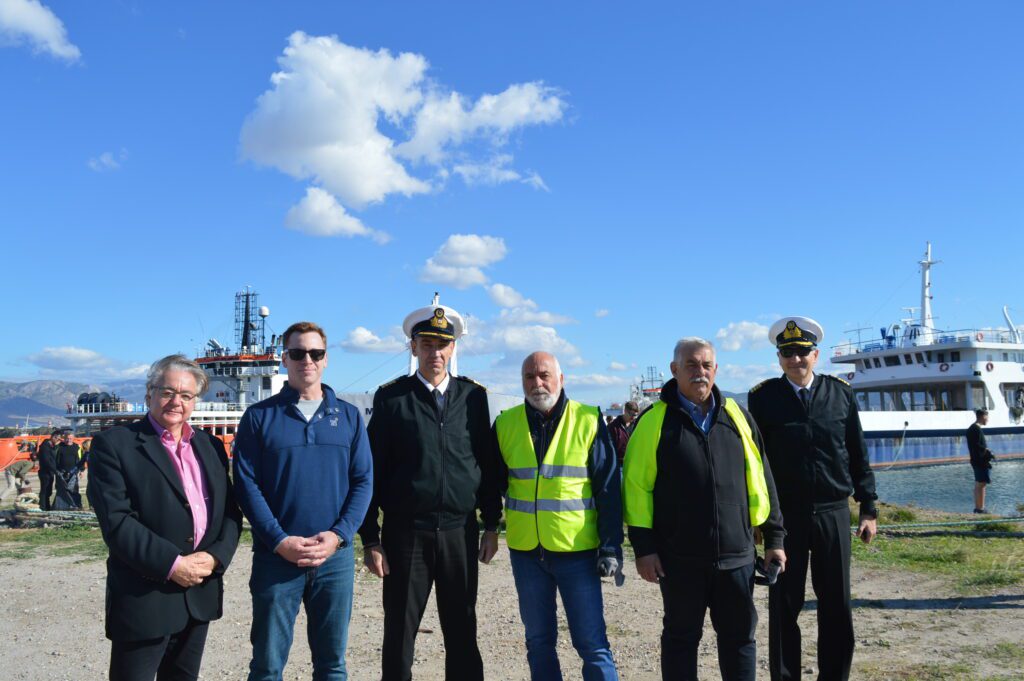 In recognition of his initiative, Mr. Kamarinakis presented Cdr Lepore with the emblem of the Elefsis Port Authority, while the latter presented commemorative gifts of the U.S. Embassy to the participating organizations. 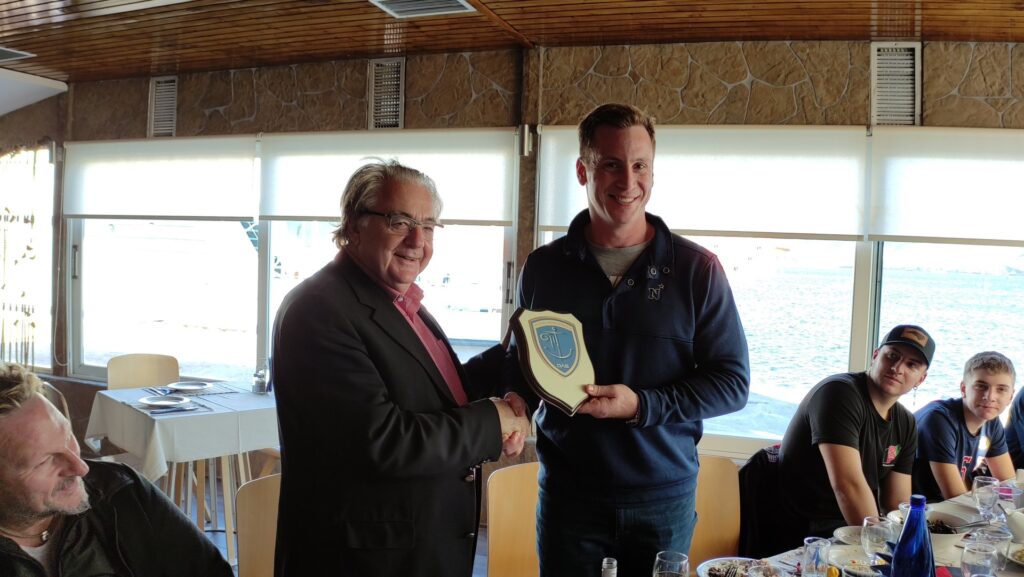 More than 7,500 volunteers have participated in 182 beach and underwater cleanups coordinated by HELMEPA members and partner organizations since mid-September throughout Greece, as part of the 2022 International Coastal Cleanup campaign. The findings of this mega campaign in terms of amounts, types and sources of collected litter will be processed and presented by HELMEPA in early 2023.

Privacy Policy
XOur website uses Cookies which allow us to receive information about traffic and to meet your special needs and interests. Cookies can be used to compile anonymous, aggregate statistics in order to understand how the public uses the website and help us improve its structure and content. We cannot verify your personal identity from this information. You can modify your browser settings to reject some or all of the cookies, except the absolutely necessary ones.